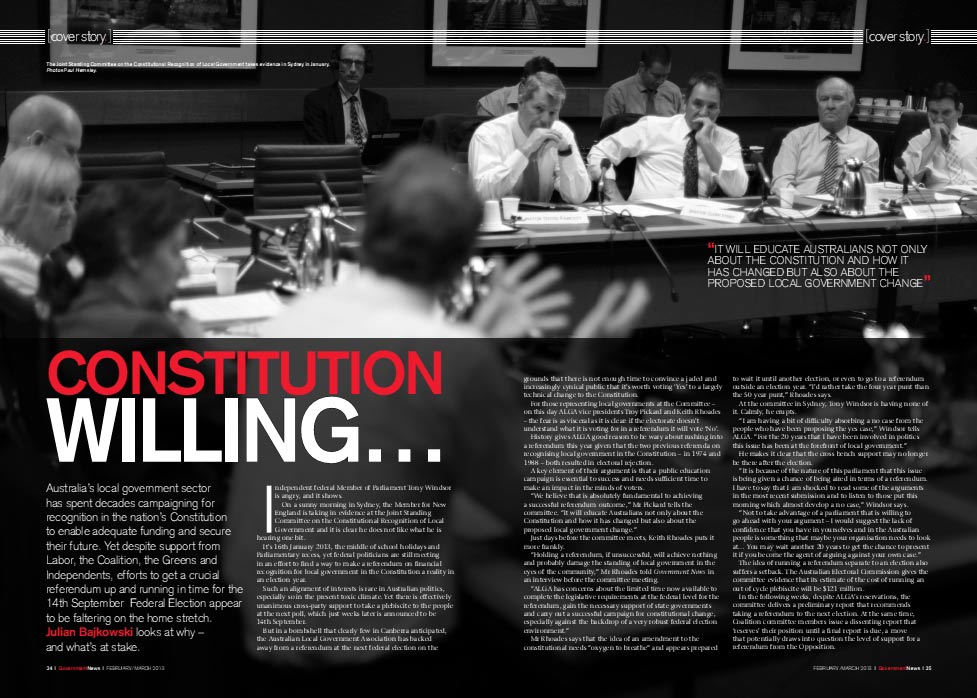 “Australia’s local government sector has spent decades campaigning for recognition in the nation’s Constitution to enable adequate funding and secure their future. Yet despite support from Labor, the Coalition, the Greens and Independents, efforts to get a crucial referendum up and running in time for the 14th September Federal Election appear to be faltering on the home stretch,” a cover story analysing the political battle over Constitutional recognition of local government, appearing in the February-March 2013 issue of Government News magazine.