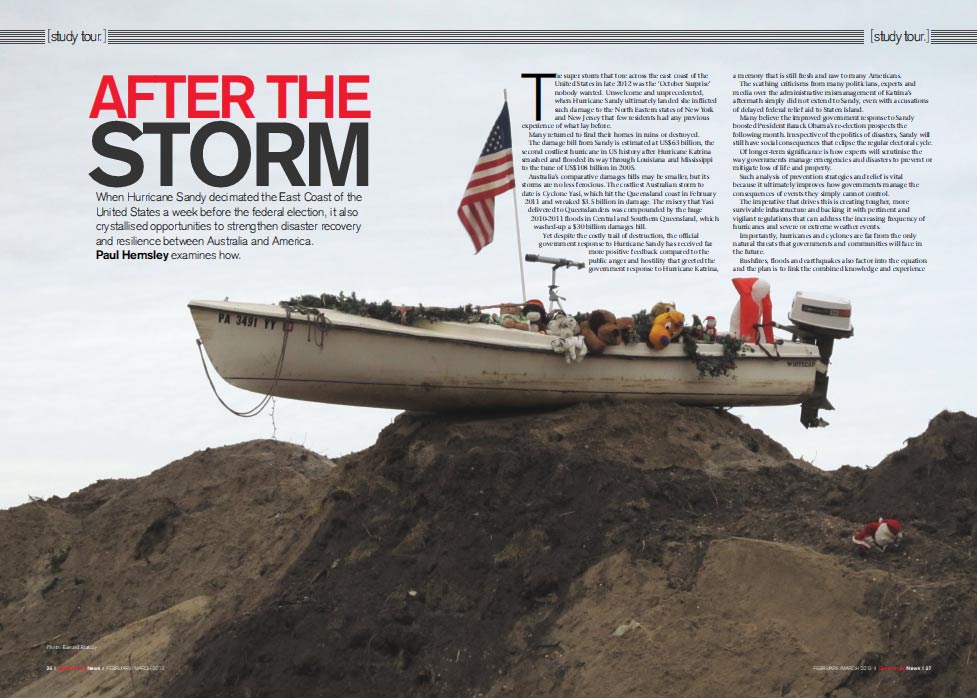 “When Hurricane Sandy decimated the East Coast of the United States a week before the federal election, it also crystallised opportunities to strengthen disaster recovery and resilience between Australia and America,” a study tour on the monster storm that hit the US, which not only influenced the 2012 Presidential election outcome, but how governments approach disaster resilience. Appearing in the February-March 2013 issue of Government News magazine.